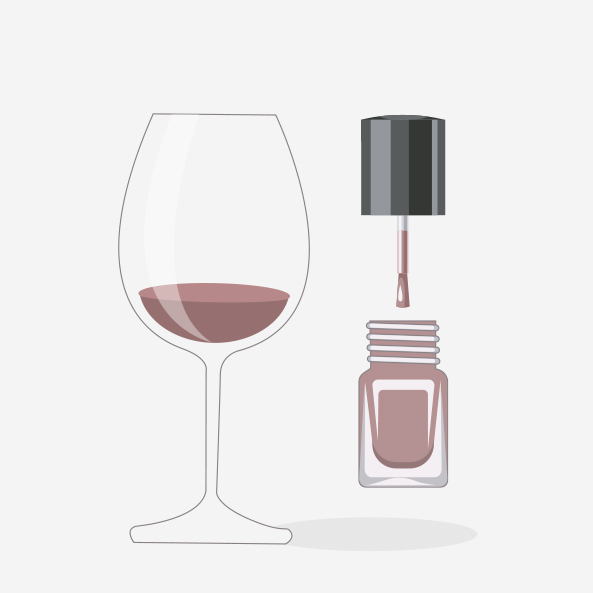 You know you’re lucky when your first faulty wine of the year is opened only halfway through December.

I’ve had my share of ‘unbalanced’ and unremarkable wines, but nothing faulty. So forgive my excitement when I recently opened a wine that honed of vinegar. My first reaction was to yell ‘VA!’. I was feeling pretty chuffed with myself knowing exactly what the issue was and how it was caused. Almost immediately, I knew I had to WSET SAT (Systematic Approach to Tasting) assess the wine.

But what exactly is Volatile Acidity, or VA as it’s commonly called and what causes it?

Volatile Acidity refers to all the acids found in wines, mainly acetic acid and ethyl acetate. It’s caused by acetic acid bacteria, insufficient levels of sulphur dioxide and excessive exposure to oxygen. The major acid compound is acetic acid, that’s caused when the Acetobacter aceti bacteria converts sugar + alcohol into acetic acid. Secondary compounds, ethyl acetate and acetaldehyde, can develop as a result of the production of acetic acid. These compounds are detected at much lower levels – less than 200mg/L. Botrytis and damaged grapes have an increased population of acetic acid bacteria.

How do you identify (yell out) VA?

VA is present in almost all wines in small amounts. Most wines have less than 400mg/L of and in those small doses, it gives wine a slightly tangy quality that lifts the fruitiness of the wine. Think balsamic, pickled onions, sauerkraut and kombucha. It can be detected by the human nose at 600 to 900mg/L. Acetic acid smells like vinegar. The secondary compound, ethyl acetate, smells like nail polish remover and paint thinners.

In some dessert wines acetic acid is found at high levels, but the VA helps balance the sweetness and richness of the wine.

How is it prevented and treated?

The bacteria needs oxygen to grow, so minimising air contact, along the use of sulphur dioxide will stifle its growth. Rejecting damaged grapes at harvest will also prevent the bacteria from growing. Reverse osmosis can been used to remove volatile acidity. VA can also be filtered, thus blending a filtered wine with a lower VA wine will reduce the levels detectable by the human nose.

It stands to reason that minimal intervention winemaking, with its reduced use of sulphur dioxide, increases the likelihood of VA being present in the wine. But that’s not necessarily a bad thing. As with so many other wine flaws, a little that occurs in balance can enhance the perceived complexity of a wine.

In case you’re curious, here are my notes:

Deep ruby with substantial sediment causing a slight, but not disturbing haze. The nose is unclean with pronounced nail varnish , turpentine, balsamic vinegar, faint red fruits in the background and maybe some smoke. It’s faulty, so I’m not sure whether it counts as ‘tired/past its best’. Dry and very acidic. I’m struggling to identify tannins that must be hidden behind the acidity. It feels high in alcohol because of the vinegar burn in my throat, but the label says 13.5% abv. Medium bodied? I’m struggling to get further than pronounced vinegar – red wine vinegar! – though a tentative teensy 3rd sip makes me believe that this could have been red berry heavy. The medium finish starts to reveal some plum and a dried fruit character – similar to Port.

In no way is this an attack on this established and respected producer. I was just so excited to finally be able to WSET SAT (Systematic Approach to Tasting) assess a faulty wine. You know when you theoretically know what VA or Cork Taint should smell like…but then you actually smell it and it’s something to store in your memory. I poured the wine down the drain. But yay for VA!